Contestants vie for the Miss Tiffany Universe crown and raise cash for charity.

Tiffany Show has been entertaining tourists in Pattaya for over 35 years with more than 1000 visitors a night enjoying the three nightly performances.

Over 100 performers dance and lip-snyc their way through popular songs from musicals and international pop charts.

Spotlights and TV cameras will focus on Pattaya, mid-May, as the resort’s most famous transvestite show hosts the annual Miss Tiffany Universe contest.


It started off as a local contest, a natural extension of the fantasia that acts out, nightly, on the stage of the Tiffany theatre.

But largely due to the attention it gained from the likes of CNN and BBC it quickly grew into a well organised beauty contest. TV channels love it for its obvious shock and entertainment value. 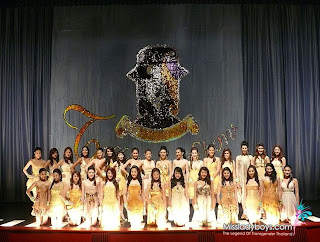 It’s a reality show that takes our minds off an otherwise slate of bad news. Miss Tiffany Universe is on the map and it helps to provide Pattaya with miles of media promotion.The five-day contest plays out with elements of grandeur that could justify comparisons with global mainstream contests such as Miss Universe or Miss World.

Contestants spend nearly a week in the warm up stages struggling to be noticed and eventually it all narrows down to a single evening of entertainment and extravaganza on stage, 15 May, that continues well past midnight.

While its organisers claim the event champions the rights of people who have crossed the line to a transgender or transvestite lifestyle, visitors to Pattaya view it as superb entertainment and choreography, spiced with comedy that would be at home on the stages of Las Vegas.


From this make-believe world a brainwave emerged to go a step further and organise a Miss Tiffany’s Universe contest. Now it is one of the highlights of Pattaya’s annual calendar with an estimated live audience of 15 million viewers glued to their televisions as the pageantry unfolds. 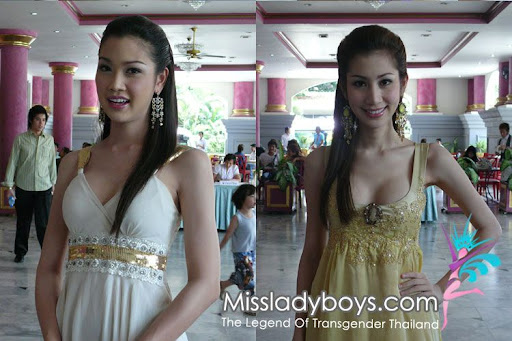 With such worldwide media coverage, Tiffany’s viewers and the live audience, attending the final rounds of the contest, marvel at the achievements of medical science and the cosmetic industry. Some will even be tempted to question their ability to discern between genders as the contestants strut their stuff on the runway.

This year’s event will again support the Royal Sponsored AIDS Foundation; a charity programme, which Tiffany’s Show has been part of for many years.

Held at the Tiffany Show Theatre, Pattaya II Road, Pattaya City, the final round of the contest will run from 2030 to 0030.Judges will first select Miss Congeniality, Miss Best Costume, Miss Photogenic and finally Miss Tiffany Universe 2009. In between the rounds, the Tiffany Shows will perform. Tickets are priced at Bt2,000 for VIP seats and Bt1,000 for Mezzanine seats.

She takes home the grand prizes and cash from what has become the most prestigious transgender beauty pageant on the planet. The Thais take their beauty pageants seriously, and Miss Tiffany Universe was broadcast live on Thai television. She also won another 20,000 baht for winning the Best Costume category. She will now along with last year's winner take on the world's best beauties (or at least the ones who will show up) in the Miss International Queen pageant later this year at the Tiffany's Cabaret Theater in Pattaya.

Sorawee Nattee (C) smiles as she is crowned winner at the Miss Tifffany 2009 contest in Pattaya on May 15, 2009, Writtorn Narapaipimol (L) finish second and Napatsawan Cholakorn (R) finish in third position. The Miss Tiffany contest is held to promote positive transvestite image and Thailand tourism.


curious to know more
Thailand Culture A to Z - Ladyboys if you dare.

Theres a great film on the Miss Tiffany Pageant here http://www.theasiatrust.org
I saw it a while back and its really amazing movie