what can happen in 24 hrs the karma factor

Bad news
Arrived to the airport 15kg over weight – I have a donation of clothes for slum kids Bangkok and I forgot to arrange "excess allowance" with TG.

Good news
I just happen to have a 1 page brochure about sister Joan project in Bangkok. The supervisor granted the allowance – Thanks TG.   more about project - slum kids Bangkok http://auswathai.activeboard.com/forum.spark?aBID=127609&topicID=39737421&p=3


Bad news
While at the check in counter I learned over something and gashed my leg.

I had no sensation of pain nor aware of the flood of "claret" streaming down my non sun bronzed Aussie leg. I was in "frantic" mode over lost travel docs while assessing the loss of excess luggage costs coupled with the anxiety attack of holding up the queue. The hot weather and stress was stimulating blood flow and wearing shorts made me a stage for crowd entertainment.

When I spun around and saw the angry mob I put on that look that says "it was not my fault".  Satisfied I had bluffed them I bowed to lift my overweighted carry bag and there it was "vampires cocaine". A long line of new harvest Fresh claret down my leg!  I looked up and confirm the mob looked pleased.

I wadded into the nearest corner, head bowed like a shamed student.  I slumped over the problem and started burning. Each time I swabbed it dry then stood up to move it burst it's banks. I was stuck and running out of hankie

Image via WikipediaGood news I was approached by a stranger, bonus a female (although where I was heading I'm never sure). She spoke softly offering me a band aid and together we did a repair job (about 9 of them). I thanked her and got back on track, yet stopped about 29 paces on and decided she deserved more.  I tracked her to where she was sitting and offered a formal "thank you" and a very sincere smile.

Bad news
When I got upstairs I wondered why she had band aids and was sitting in a chair and not a queue? I never went back and these unanswered thoughts will haunt me.

Good news
On entering the VIP (Gold lounge) I was delighted to see “Roelene” behind the counter, she is a sprightly 74 year old Qantas lounge receptionist. For the last 12 months during my monthly voyages she has not been seen and I always enquire.  She had been injured at home, then illnesses and lately she just happen to be working on days that I don't travel.

Bad news
She had decided to retire.  She said I was so lucky because today is her last shift and quite odd because she has not worked on a Sunday for 6 months.  I only know her from her job, I enjoy her enthusiasm and firmness to her job description, it's a vibe thing.

At the call of "final boarding" I scrambled to the queue (another bloody queue) and bumped into an old friend. This unseen friend owes me a lot of money but lives in denial (and I don't mean a river).

Well hello Jarvi!
He motioned forward and back, we shook hands and exchanged a few pleasant words as we passed through ticketing. I was seated in Biz class and he in cattle (I guess his still can’t make money), anyway as I was paranoid about holding up queues I suggested he make for his seat (47) and I'd pop down later for a chat. Once I got settled I thought, nah lets enjoy the flight so I introduced myself to the guy next to me. Gary turned out to be good company a Scottish rigger living in Thailand working in Karratha (W.A.).  We exchanged some tales then I fired up the laptop to clear some back office admin deciding on a movie.

Bad news
The 240v plug in my seat was not working, I'd used up my battery power in the Gold lounge for social but now I needed laptop fuel for work. bugga!

Good news
I know the TG staff are always overly keen to serve (I don't think Qantas staff will get that). The hostess immediately investigated and promptly returned with a special conversion plug that she retrieved from her personal travel bag. Wow – that’s service!

"Identify your customer before someone else does!"

Good news
I watched this movie "Due date"
it’s disgracefully funny. Be warned – it promotes a strong “Meta” message about humanistic values. Only some of you will get it's important message, it's well disguised in the movie subliminally destined for the elite.

Bad News
At the terminal entrance stood several well dressed T.E. (Thailand Elite) VIP member club staff displaying a large sign welcoming their “Members”. It was “Jarvi's" name up in lights”. What the!

Some years ago he paid around aud$50,000 for the life membership (I guess he used my money but he insist that’s not true, he used my money on other bad decisions).  The member club was a good idea that went bad through corruption and/or selfish people. 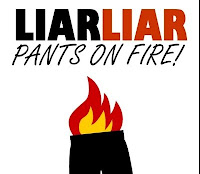 Good news
I’m now digesting humour and living a smile:-
• Jarvi is renown for his quote “you idiot”, albeit in jest it can be belittling, lets try!
• He’s sat in cattle class and TE (Thailand Elite) staff will know so they are giggling.
• Their VIP service includes a kart ride to the VIP immigration desk (it’s 150 mtrs from today’s terminal).
• “Biz class” passengers now get access to the same VIP desk (but not kart), but wait there's more, we also get express luggage so I was out of the airport while he was fishing at the  luggage carousel ( I was going wait but I'm not a slow buffalo - see below).
• I should have shouted “you idiot” but I remember “the rules for being human”.

Everybody makes mistakes, but how do we grow from that experience, some become leaders and others get in a rut. The difference between a rut and a grave is the depth! 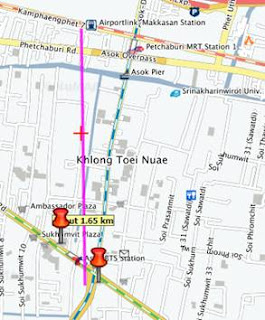 Within the Airport (basement) you walk onto train and and beamed into the heart of the city. I took the express (150 baht) 15 mins
The airport link station is Makkasan – 1.5km from my base

A brief escalator (spoken as alligator if your Thai) ride to the taxi stand and your away.

Bad news
The taxi driver tried to seduce me into a freelance fee (ie., no meter), he hinted the large heavy suitcases were tough work loading into the car. I offered him 1million baht. He was a little peeved at my sarcasm but he quickly regained focus (budgets), a renewed smile and a variation on the sales pitch.

Before he could finish his pitch I offered 100baht more than I think he expected, he was stunned and gratified. Now I have an enthusiastic (well paid) audience for my comedy skit and bastard Thai language skills, so I began.  He enjoyed the jokes so much, but I did not! I skipped to skit 2 - spoken Thai.

I explained the suitcases were loaded with clothes for slum kids Bangkok (Sister Joan). He rejoiced with “Khun jai dee maak maak” every minute or so of the 9 minute journey to my apartment (I use 9 coz it's good luck in Thailand).  On arrival he did not want the agreed "fee" now asking for a lower value? (so now my money is no good - what the). I insisted he take the correct weight, an extra (100baht).

This morning
I received an email about a Biz deal that suddenly changed from loss to profit. of $10,000 .... now how did that happen over night. Was it Karma or good luck.

In keeping with Buddhism culture I will hand a taxable value over to Sister Joan's project.

From a recent “bootcamp” I observed the humanistic vales. Some people saw problems whilst others saw opportunity and got busy (that's me)...  I looked in our sales folder of “motivational suggestions” and decided on this one
“There is one thing worse than training employees and losing them, and that's not training them and keeping them. (Zig Ziglar)”

A herd of buffalo can only move as fast as the slowest buffalo. And when the herd is hunted, it is the slowest and weakest ones at the back that are killed first. This natural selection is good for the herd as a whole, because the general speed and health of the whole group keeps improving by the regular killing of the weakest members.

ok now here is a twist ...
In much the same way, the human brain can only operate as fast as the slowest brain cells. Now, as we know, excessive intake of alcohol kills brain cells. But naturally, it attacks the slowest and weakest brain cells first. In this way, regular consumption of beer eliminates the weaker brain cells, making the brain a faster and more efficient machine