Aussie dollar aims for the sky 'could hit $US1.70'

THE Australian dollar is likely to build on its standing as one of the best performing currencies in the world, despite last week's decline from a record $US1.10 level on concerns of a pending commodities rout.


The rampaging dollar 'could hit $US1.70' as budget and industries threatened

ANZ chief Mike Smith said yesterday that the currency was likely to resume its climb above $US1.10, and one of the world's leading foreign exchange experts predicted the dollar would continue to rise and could hit $US1.30 in 2013 and $US1.70 by 2014.

This spells bad news for non-resource sectors such as manufacturing and tourism and poses a dilemma for the government as it strives to achieve a budget surplus by 2012-13.

"I can't see that there is anything to knock it off its perch because it's not only the strong Australian dollar, it's also the weak US dollar," Mr Smith said yesterday.  "And when you think about what is happening in the US, I can't see them increasing rates for at least 18 months and that will have an impact."


Global currency expert Savvas Savouri, of the British-based Toscafund hedge fund, went a step further, predicting the greenback would be relegated to a "museum", as China reluctantly moved to upwardly revalue its own currency, the yuan. Combined with ongoing commodities demand and Australia's relatively high interest rate settings, this meant the dollar "promises to enjoy one of the most impressive bouts of appreciation of any currency within the G20 (industrial nations) and indeed beyond".

Dr Savouri, in Sydney for a conference, predicts the dollar will reach $US1.30 by 2013 -- and $US1.70 by 2014, as the greenback relinquishes its "exorbitant privilege" as the world's default currency. "The simple fact is the appreciation of the Australian dollar will be extraordinary," Dr Savouri told The Australian yesterday.

"There can't be a crisis in commodities as long as economies such as China and India are gorging on them.
"The idea that Goldman Sachs or other speculators are hoarding commodities is absurd. If you are building hospitals and highways, you need all of these riches from out of the ground."

On the flip side, Dr Savouri expects ongoing pressure on the greenback, which enjoys "exorbitant privilege" as the currency of choice for traded currencies. He said China inevitably would move to revalue its currency to tackle inflationary and speculative pressures, most notably in the Chinese property market as investors chased yuan-linked assets.
But he believes China will engineer a "soft" yuan adjustment, by which the currency remains weaker (or at least stable) against European currencies.
Having built a huge surplus of US dollar foreign reserves "to the frustration of Washington", China is likely to chase alternative currencies, including sterling and the Australian dollar.

"The yuan's period of being coupled to the US dollar will soon have to end," he said. "It will do so because Beijing deems it time to do so, not because Washington forces the matter."

Dr Savouri is unconcerned about the problems flowing from Australia's "two-speed economy".
On Friday, the dollar touched a low of $US1.05 before recovering to close just under $US1.07.
No comments: Links to this post

After a week of score accumulation, friendship building activities and visits at various places around town and the eastern coast, finally three most beautiful contestants of this year Miss Tiffany's Universe have been crowned and presented prizes worth a total of a million baht.

The exciting and talented cabaret shows filled beauty pageant which was aired live on National TV channel 7 on Friday night had ended with great impression and happiness shared between both the viewers and the contestants. You can view a hundred more of exclusive photos of all the 30 finalists competing for the crown on the night in Miss Tiffany's Universe pageant contest theatre taken on the stage and behind the curtain and more on activities between May 1-5 in 'VIEW GALLERY'-slide show.

Here are my thoughts. However, if this grabs your interest lets benchmark

Social Trends - The workplace is continuously evolving. You may have seen for yourself a new, younger CEO allowing the pent up desire for changes in workplace culture to evolve where the older predecessor did not. In my view there is no doubt social media is a key element of the immediate future of our workplaces. The question is, what should it look like for your organisation?

Risks of allowing access - A few of the most obvious risks include impact on productivity and inappropriate workplace behaviour such as bullying and harassment and damage to corporate reputation. Other risks that may be present include IT security risks as social media sites are havens for the mischievous. Even so, most of these risks are manageable. Time wasting and inappropriate workplace behaviour can occur on Facebook using an employee's smart phone while sitting at their desk as easily as using the organisation provided desktop. IT security can be addressed at some expense. Perhaps it is better to bear some of these risks and actively manage them through access policies and training?

Risks of denying access - If you deny access you are stating that social media does not have a role in the workplace. While this might be true for some organisations where the distraction of social media can be a safety concern, there are many organisations, from leading technology companies to media to the police, using these tools right now. The risk is then two-fold. 1) You may be missing out on much needed talent as many of the younger generation may steer clear of you. 2) You may be missing out on the opportunity to manage parts of your business in a better way because you have not allowed your workforce to explore how social media tools can benefit the organisation.

Opportunities - Managed well, I suggest that even the most conservative organisation can benefit from social media access within the workplace. Social media can be used amongst the workforce to build and foster relationships, share knowledge and mould organisational culture. Twitter can be more effective than SMS for keeping staff and other stakeholders informed during rapidly evolving events. For SMS your staff and customers have to keep you updated regarding a change of number, with Twitter, anyone can follow you. 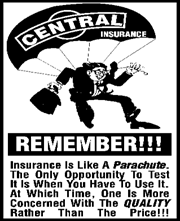 So, "lead" or "follow", either way I believe most businesses will need to be there sooner than many of us think.
Related article

Small Business get with smart Marketing