Phar lap the most famous horse in Australia derived it's name from the thai word "Lightning"
True of False
Decades after his death, Phar Lap remains Australia's most famous racehorse: an ungainly chestnut gelding whose great stamina helped him win 37 of his 51 races between 1929 and 1932. Phar Lap was born in New Zealand and purchased for the bargain price of 160 pounds by trainer Harry Telford and American owner Dale Davis in 1927. The horse repaid them by winning over 66,000 pounds in purse money during his career. Phar Lap was the favorite in the prestigious Melbourne Cup race three times, winning in 1930 and becoming a national hero in the process. After the 1931 Cup he was shipped to America to face new competition for bigger stakes. He won his first race, at Agua Calienti in Mexico, but never raced again: in April of 1932 he died suddenly at a ranch in California. An autopsy indicated gastric trouble, but the precise cause was unclear, and many Australians believed the rumor that Phar Lap had been poisoned by enemies in the American racing industry. The champion's hide was stuffed and returned to the National Museum in Melbourne, where he remained a popular exhibit for decades.

Phar Lap's name was derived from the Thai word for lightning... His story was made into a 1983 movie, Phar Lap, starring actors Martin Vaughan as Harry Telford and Tom Burlinson as stable boy Tommy Woodcock... Phar Lap film director Simon Wincer later made Free Willy, the 1993 film which starred Keiko the Whale... Phar Lap, a 2001 book by Peter Thompson and Geoff Armstrong, proposed that Phar Lap was not poisoned but rather died of a disease known as duodenitis-proximal jejunitis, also known as proximal enteritis... After Phar Lap's death, his heart was found to weigh 6.2 kilograms (about 14 pounds) -- roughly 50% larger than a typical racehorse's heart... Phar Lap's bright chestnut color led to the nickname "Big Red" -- a name also given to 1973 Kentucky Derby winner Secretariat.

Phar Lap's name means 'lightning' in Thai. How a horse in Australia got a Thai name is a story in itself. A young man called Aubrey Ping, then a student in medicine at the University of Sydney, regularly watched horses in trackwork at Randwick and would often 'chew the fat' with riders and trainers.
Ping's father was a Zhuang speaker who migrated to Australia in the 19th century from southern China. Young Aubrey learnt some Zhuang from his father, and the Zhuang language shares with Thai the name for lightning. The use of the letters 'ph', instead of a simple 'f', created a seven letter name that was split into two words: Phar Lap. This was essential to Harry Telford because it replicated the dominant pattern set by Melbourne Cup winners.

Phar Lap was foaled in Timaru, New Zealand, late in the season on 4 October 1926.
Sydney trainer Harry Telford was a keen student of thoroughbred bloodlines and spent countless hours poring over pedigree charts. He believed he had found a future champion in a colt that was shortly due to sell in New Zealand. Sired by Night Raid and foaled out of Entreaty, the colt was listed for the Trentham Sales in 1927.
Telford was in a financial mess. He talked an American businessman living in Sydney, David J. Davis, into buying the horse. Harry's brother, Hugh, a resident of New Zealand, was telegraphed to bid up to 190 guineas.

Lot Number 41 sold for 160 guineas. Back in Sydney, Telford thought the purchase price was great news. That was until he clapped eyes on the 'bargain' being crated from ship to shore in Sydney Harbour. The big, gangly beast looked anything but a champion. Warts covered its face and there was an awkwardness to it that did not inspire confidence.
Real problems came when Davis saw his purchase. He was furious and wanted nothing to do with it. Telford and Davis struck a deal: if Telford covered the cost of training the horse, he could keep two-thirds of the winnings-if there were any.

Telford was certain that the horse's breeding would make him a champion. He had the horse gelded so it might concentrate on one thing only: running fast.


Phar Lap went on display at the National Museum of Victoria in 1933. Now at Melbourne Museum, Phar Lap and associated memorabilia remain among the most popular of our exhibits.
After the Agua Caliente victory, Hollywood producers were queuing for the Phar Lap story. Phar Lap died before those meetings had time to take place. An altogether different queue formed: the directors of several institutions in Australia hot-footed it to their local post office to telegram the owners with requests for Phar Lap's mortal remains.
David Davis, with the approval of Harry Telford back home, decided on the following division. The heart would go to the National Institute of Anatomy in Canberra (now the National Museum); the skeleton would go to the Dominion Museum in New Zealand, Phar Lap's country of birth; and the hide, the most prized part, would go to the National Museum of Victoria in Melbourne, where Phar Lap won many of his richest races.
Davis heard of a firm of expert taxidermists in New York, the Jonas Brothers, and they were given the commission to provide a mount for Phar Lap's hide. Their work took four and a half months.
Then came the long journey back home. In Sydney, when the crate was opened, Tom Woodcock was among those that gasped at how life-like Phar Lap was.
The last leg of the journey was to Melbourne. As a special favour, Davis allowed the Capitol Theatre to display Phar Lap for about two weeks in late 1932. Phar Lap then journeyed the short distance up Swanston Street to the National Museum of Victoria.
Phar Lap stayed at the old museum for almost seventy years, apart from a brief visit to Flemington in 1980 to commemorate the fiftieth anniversary of his Melbourne Cup victory. In 2000, Phar Lap was moved up the hill to the new Melbourne Museum, where he stands magisterial as always, and will continue to do so for generations to come.

Tongue Twisters English and Thai .. give it try

This is Thai tongue twister.

When you try to speak those words quickly, sometimes the sound will change. That makes it funny. 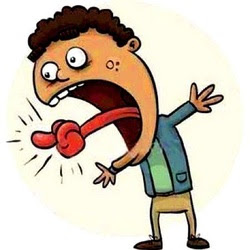 
Meaning: Bunches of (a kind of) bananas with drying tips are carried to and fro for a day; then only one comb is left.

Video = 6.47 mins  link
This video is a little boring .. it explains the words in English, Thai and Phonetic from Podcast teachers it is educational but not funny ... so try the others and come back to this one

video = 4.20mins  link
This video is a family video attempting to say the funniest THAI/ENGLISH twist...
It has the Thai word that sounds rudei n English .. so it makes it funny


They keep laughing so much they can't get it finished...  at the very end they do...

Six seashells sitting on the sea shore or the larger version

(But be reee-ally careful with the one below):
I SLIT A SHEET A SHEET I SLIT.UPON THE SLITTED SHEET, I SIT!

Here's a twister sent to me by an viewer who spends her summers in an Ontario cottage. She knows all about mosquito and black fly bites!
BEGGING FOR THE BACTINE AND CLAMOURING FOR CALAMINE!

Oops! That one did me in. My tongue is now so twisted that I'll never make it through this next one:
THE SIXTH SHEIK'S SIXTH SHEEP'S SICK.

and a tongue twister video link

1. words begining with S ...  they separate the S . example Steak is S-teak or Smith is S-mith
2. The Leter R and L are big trouble.   Ask a thai to say the word that describes the flower called a Lilly or as kthem to say the word "Really" in response to some news ie., "oh wow really", is it true.

then ask them to say the word "lilly" and Really"